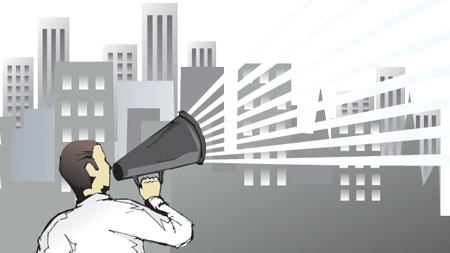 On March 18, 2015, the United States Security and Exchange Commission (SEC) ruled that ExxonMobil must include in the company’s proxy statement my shareholder proposal for an annual report on gender pay equity.

The shareholder-voting on the proposal won’t be finalized until the ExxonMobil annual meeting of shareholders in Dallas in late May. Whether or not my proposal secures a majority of the vote on the first try, it is time to encourage multiple people to duplicate my approach to push for greater transparency on women’s compensation relative to men’s at different levels of compensation.

If there is nothing to hide, why are employers unwilling to release the compensation information? If companies are doing a great job, they should be proud of their results and use their track record to attract and retain the best and brightest women.

Data gathered by the National Committee on Pay Equity indicates that in the United States there is a 20% gap between men’s and women’s earnings and that progress towards eliminating the inequality has stalled. In over a decade, that gap has narrowed by only 2 percentage points (Figure 1). Clearly, we need a different approach to enable more women to thrive economically.

It is very difficult for individuals to prove that they have suffered from gender discrimination. There are always numerous reasons why one person is selected over another for a promotion or a raise. To make progress, we must shift the focus from individual cases to statistical patterns.

Women are now well qualified to succeed in the workforce. Women excel in their studies and earn the majority of college degrees and a large percentage of professional degrees. Women should be making better progress towards gender pay equity.

What gets measured and publicly reported, gets managed. We need greater transparency on gender pay differences to see where the choke points are and when women’s pay lags behind men.

Annual reports on women’s compensation would enable public scrutiny of the progress an organization is making towards gender pay equity. We need to push for all employers to make this type of information public. A shareholder proposal can be submitted to any public company in the United States.

Annual reports on women’s compensation would enable public scrutiny of the progress an organization is making towards gender pay equity. We need to push for all employers to make this type of information public. A shareholder proposal can be submitted to any public company in the United States.

You don’t have to be rich to submit a shareholder proposal. Without spending any money, I submitted a proposal and successfully challenged ExxonMobil’s legal experts, who tried to block the proposal from being submitted to shareholders for a vote.

Anyone who owns at least $2000 worth of the public company’s stock for a year, as of when the proposal is submitted, and holds those shares through the time of the annual meeting is entitled to submit a shareholder proposal. Most corporations hold their annual meeting in the spring, so shareholder proposals must be submitted the previous autumn, about six months in advance. The details vary slightly from company to company, but are available both in the current year’s proxy materials and from the corporation’s investor relations group.

Individuals and groups who care about gender pay equity can clone my shareholder proposal to pressure companies in which they hold stock to annually report progress towards gender pay equity. Please join me in a shareholder campaign to require annual reporting of women’s pay relative to men’s at different levels of compensation. Let’s go viral forcing companies to show us the money!

Corporations are required to report sensitive financial information so that stockholders are appropriately informed. Since employees play a critical part in a corporation’s success and women are a large and growing fraction of the workforce, it is important for stockholders and potential employees to have access to financial information that documents how well women are doing at different levels in the corporation. 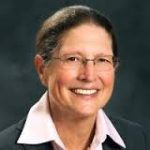 Eve Sprunt was the first woman to receive a Ph.D. in Geophysics from Stanford University and served as the 2006 President of the Society of Petroleum Engineers. Now a consultant, Dr. Sprunt worked for 35 years in the petroleum industry.

How the Supreme Court’s Marriage Equality Ruling Will Affect Employers