Young men in the Houston area have a unique opportunity to be mentored regardless of their sexual orientation or background, thanks to the work of M.E.N. Inc. or Mentoring, Educating, and Nurturing Incorporated. The organization is the brainchild of partners Justin D. Pitts and Desmond Bertrand who took it upon themselves to fill a critical need they saw in the community. Since its founding in 2011, M.E.N. Inc. has grown steadily, providing year-round mentoring and social development programs in the Alief Independent School District (ISD) and Sunnyside community of Houston.

Pitts, a licensed therapist, and Bertrand, executive director of the Buffalo Soldier National Museum, have been known to help anyone in need. According to Pitts, their home became a shelter and refuge for friends and community members who needed food, housing, counseling, or other support. As their efforts grew, the men decided to make their charitable work more official. In 2011, after establishing a board of directors and being approved for 501(c) 3 status, M.E.N. Inc. was born. 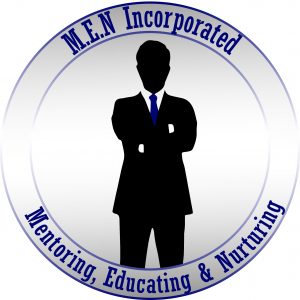 M.E.N. Inc. is primarily a mentoring organization, assisting young men from age 8 to 27. According to the organization’s website, the mission is to mentor, educate and nurture young men regardless of ethnicity or sexual orientation within the available resources, and the vision is to provide young men with awareness and training needed to produce leaders that will contribute positively and successfully in society. “We mentor up to age 27 because most mentoring stops at college age, and we’ve found that people need mentoring through the college years and beyond,” Pitts said. “While other programs drop off, we hope to deter some of the bad choices people often make later in life.”

In addition to individual mentoring for young men, M.E.N. Inc. hosts workshops that are open to the public. Past workshops have focused on relationships, finances, employment, financial literacy, credit management, resume writing, interview techniques, and how to choose appropriate attire. Pitts emphasized that sexual orientation is not the first priority. “Our main focus always has been and always will be to help any and all young men who need assistance,” said Pitts. “We welcome all heterosexual and homosexual, bisexual or transgender young men to the organization.”

Although M.E. N. Inc. is active year-round, the majority of activities take place during the school year. The organization originally partnered exclusively with the Alief ISD, but recently expanded to include programming in the Sunnyside community of Houston. Now with more than 50 mentors from all over Houston, Pitts said they welcome potential mentors and mentees from anywhere in the Houston area. “We generally try to match mentors and mentees up through career or academic interests, but when the mentees are undecided about career paths, we focus on other areas of interest.”

M.E.N. Inc. receives financial support from corporations such as Wal-Mart and Woodforest National Bank, as well as financial and in-kind donations from the Buffalo Soldier National Museum and individual community members. Annual fundraising events include a crawfish boil and the “Blue Tie” Scholarship Gala which recognizes people in the community who do good works and awards several scholarships to needy students.

What does the future hold for M.E.N. Inc.? The organization has a goal of one day opening a community center to provide a central location for its various community programs and a main base of operations. Though the main focus is on the Houston area now, plans for expansion may be in the future. “The organization has been approached by individuals from Austin and the Dallas area but we are intent on doing our best work in Houston first before looking at expansion,” Pitts said.

M.E.N. Inc. is always looking for volunteers and mentors, as well as additional financial support or grant-writing assistance. To learn more about the organization or how you can help, visit www.meninchouston.org, or call (832) 947-3496.

Latinos in The US: Challenges & Leadership: 2017 Latino Leadership Conference...

5 Actionable Steps to Take Before You Walk out of Your...