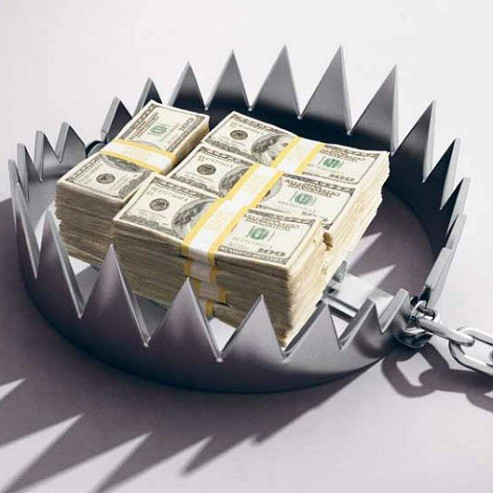 When it comes to student loan debt Latinos are accumulating some of the highest student debt totals, owing, on average, more than any other minority group, according to Amilcar Guzman, writing in the Harvard Journal of Hispanic Policy. And most of that debt falls outside of lower interest federal and federally-backed loans.
“Essentially,” writes Guzman, “Latinos are taking out riskier loans at a higher interest rate than their counterparts, creating scenarios where they will be paying back more money over a longer period of time. “Most cannot afford that.
For many Latino students defaulting on loans can be very appealing. Writing in a June 6, 2015, op-ed article in
The New York Times, Lee Siegel admitted he had defaulted on his student loans. And he urged others to follow suit.
It was a bad decision on his part. And it was bad advice as well. Putting aside the obvious, that he borrowed the money and had a duty and obligation to repay it, what he glossed over in his essay is defaulting on a student loan brings with it enormous problems.
As Richard Fossey, a professor at the University of Louisiana writes at studentdebtcrisis.blogspot.com, “[T]here
is no statute of limitations on student-loan debt. But the government and its debt collectors can go after a defaulter right up to the moment of death. And beyond.” “Second,” says Fossey, “defaulters face liability for more than just the amount of money they borrowed. They also face liability for accrued interest, fees, and penalties.”
Bottom line, defaulting on your student loan, will ruin your credit and your wages can be garnisheed. If you work for a city or state agency, your entire paycheck can be garnished. That’s no joke. Your entire paycheck can be taken. With no statute of limitations on student loan defaults, your social security check can be garnished as well. According to the General Accounting Office, by 2013, 155,000 people saw their Social Security checks garnisheed for nonpayment of student loans.
Millions of people have defaulted on their student loans, at least 7 million, according to the Consumer Financial Protection Bureau. Most of those folks defaulted because they simply could not make their student-loan payments and still have enough left over from their paychecks to eat and pay rent. They were caught between a rock and the proverbial hard place.
Nearly 50% of potential employers now check credit before making a new hire, according to an article in the New York Times. If you defaulted on a loan and have poor credit you may not be hired. That’s especially true if you are looking in the insurance or finance industry. Plus if you default on a student loan you could lose your security clearance and your job could be in jeopardy. In San Antonio we have the second highest number of security
clearances next to the Washington, D.C. area.
If defaulting on a student loan is a bad move, what can be done to help folks who are buried under student loan debt?
If you have no income, you should immediately contact your service provider and ask for a deferment – deferring payments until a later date. That will give you some breathing room.But if y ou have income but can barely stay afloat there are things you can do to reduce your student loan debt.
Some 37 million Americans owe a total of approximately one trillion dollars in student loans, according to the U.S. Department of Education. Yet nine out of ten people who qualify for forgiveness programs don’t even know they qualify. The rules can be confusing. Navigating the maze of programs to secure student loan forgiveness or reduction in payments is challenging, especially for those from low-income backgrounds who don’t have access to the same resources as their more privileged counterparts. If you teach, for example, or served in the military, or work for a public service oriented non profit you may qualify for a significant reduction and in some cases elimination of student loan debt.
Some employers offer student loan repayment programs. If you are employed, check with your employer about such programs. You may be able to lower your debt on your own, but it is important for those who are struggling with student loan debt to know there is hope and help available. Defaulting on a student loan is a future destroyer. Seeking help is not a sign of weakness but a step toward strengthening one’s own financial life. A step toward securing their future.