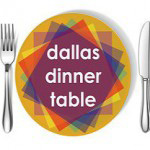 Last spring, Starbucks launched a controversial campaign called Race Together, encouraging baristas in its chain stores to write the words “Race Together” on customers’ cups to encourage dialogue about race. Swift criticism of the campaign included the belief that it was a marketing ploy, a poorly planned effort with good intentions, and the accusation that Starbucks was being hypocritical given its lack of racial diversity in leadership.

In a letter in late May reminding stores to discontinue writing about race on cups, Starbucks CEO Howard Schultz said “We leaned in because we believed that starting this dialogue is what matters most. We are learning a lot.”

I commend Starbucks for taking this courageous step to engage in the topic of race. Given the complexities of race relations and the necessary efforts to affect change, more community engagement and action is necessary.

Can conversations about race initiated by organizations like Starbucks be constructive and worthwhile?

Yes and yes! For many corporate and nonprofit leaders the road to Diversity and Inclusion has many challenges from combating negative attitudes and behaviors to managing outcome expectations. The decision to proceed with a D&I strategy is much like the decision to discuss race, it requires consideration of the levels of impact and strategic planning. It is understood that diverse executive boards and workforces add business value. Community engagement and facilitated conversations also provide a great opportunity to further those diversity efforts.

I have seen this work firsthand while serving on the leadership team of the Dallas Dinner Table (DDT). We are a Dallas-based non-profit committed to improving race relations. We understand the challenges and complexities of facilitating race dialogue and have been tremendously successful. DDT provides diverse groups of people a place to gather and share their perspectives over a meal in a safe and structured environment.

Established in 1999 by Leadership Dallas Alumni, coordinated dinners were held annually on Martin Luther King Jr. Day to bring together people from various cultural backgrounds to dispel racial barriers and encourage cross-cultural communication. From 2002-2009 participation increased to over 5,000 participants. These community dinners were revitalized in the wake of growing racial tension as a way to encourage relationship building, communication, and education among diverse racial and ethnic groups.

Demand for DDT has increased annually since the 2014 revitalization efforts and continue to climb. In 2015, DDT had over 50 tables with 500 participants, varying in race, age, and gender throughout the Dallas metroplex. DDT’s continued growth and sustainability is due in part to our corporate partnerships, like Southwest Airlines, Korn Ferry, and the Dallas Chamber, who encourage employees to participate, volunteer, donate, and host multiple tables. The DDT process and format is now being considered for replication in other markets as an innovative concept useful for large businesses, government agencies, and communities across the nation.

In order to meet the challenges of social responsibility and encourage a more diverse workforce, many organizations have shifted their spectrum of D&I practices to reflect the diversity in our human experience. This encompasses race, religion, gender, ability, sexual orientation, and thought leadership. And that’s a good thing. Diversity supports market expansion, recruitment, retention, and creativity.

You may be asking why should we care about corporations having conversations around race? In a joint-report released by Ernest and Young and Royal Bank of Canada in 2013, the two global financial institutions explore the implications of hidden biases in today’s work environment. The findings suggest that overcoming hidden biases is the key to harnessing diversity’s true potential.

According to the Aspen Institute “A first step is for organizations… to model racial equity internally if they are to take responsibility for achieving such ends in the wider community.” This is where diversity and inclusion work can shift racial equity. Participating in difficult conversations about race is a move toward increasing awareness and building understanding through direct action. As Dr. Mahzarin Banaji, author of Blindspot: Hidden Biases of Good People said, “The first step to defeating our hidden biases is to be honest with ourselves…The only shame is in making no effort to improve.”

I encourage you to begin conversations today. If you’re looking for a casual entry into racial equity discussions, support and visit DallasDinnerTable.com.

What Millennials Want At Work