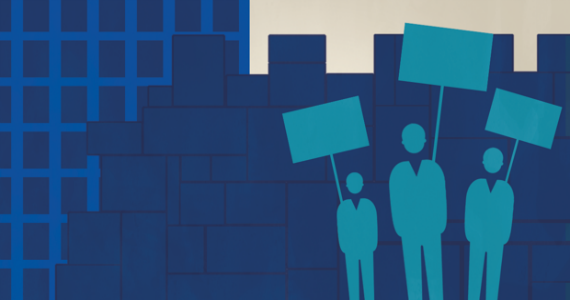 Although the enactment of this law was a direct response to the city of Charlotte passing an ordinance to protect gay, lesbian, bisexual and transgender people from being discriminated against by businesses, it is also an effort to challenge the Obama administration’s interpretation of the Civil Rights Act of 1964.  The administration’s stance has been that sex as a protected class encompasses discrimination based on sexual orientation and gender identity.  These different readings of the federal anti-discrimination law are the bases of the Justice Department’s civil rights lawsuit against North Carolina for HB2 and the State’s suit against the federal directive to stop implementation of the law.

In complete contrast to North Carolina’s efforts to discriminate against the LGBT community, in its Corporate Equality Index (CEI) 2016, the Human Rights Campaign Foundation boasts that America’s largest employers, including organizations with global footprints, have embraced LGBT inclusion as a best practice.  In fact, the report states that 93 percent of U.S. businesses today protect employees on the basis of sexual orientation and gender identity.  Consequently, it isn’t surprising that so many companies are joining the fight against North Carolina’s HB2. In fact, the opposition to the law signals a new phase of corporate activism.  The campaign against HB2 includes more than 125 companies, including the following heavyweights – American Airlines, Apple, Bayer, Biogen, Dow Chemical, Facebook, Google, and IBM.

Furthermore, as a result of the passage of the law, Lionsgate moved production of a new show from North Carolina to Canada, and PayPal announced that it was canceling a planned expansion in the state.  With many of the state’s top employers (e.g., Bank of America) openly opposing the statute, the state’s legislators and Governor have potentially placed many jobs and substantial state tax revenue in jeopardy if the aforementioned organizations choose to take actions similar to those of Lionsgate and PayPal.

Additionally, the weight of legal authority, including the binding authority of the Fourth Circuit Court of Appeals, supports the Obama Administration’s interpretation.  Courts have held that discrimination on the basis of trans status is discrimination “because of sex” and therefore prohibited by the Civil Rights Act.  However, regardless of the legal merits, if similar scenarios in other states are bellwethers of the ultimate resolution of this issue, corporate pressure will probably force North Carolina to reconsider its position.  Last year, in both Arkansas and Indiana, ‘religious freedom’ statutes were revised to eliminate fears that they would allow businesses to discriminate against the LGBT community after large corporate employers, such as, Wal-Mart, Acxiom, Yelp, Eli Lilly, and Anthem, voiced their opposition.  Angie’s List also cited the law as the reason for its decision to cancel plans to expand operations in Indiana.

Likewise, under pressure from major corporations doing business in Georgia (e.g., Coca-Cola and Home Depot), Governor Nathan Deal vetoed House Bill 757, which would have given faith-based organizations in the state the option to deny services to members of the LGBT community. Salesforce said the company would eliminate programs; Disney said it would stop film productions; Unilever vowed to “reconsider investment;” and the NFL said the bill could affect Super Bowl hosting opportunities in Georgia if it became law.  To summarize, corporations support of diversity and opposition to anti-LGBT laws are definitely affecting change.  Despite an onslaught of anti-LGBT laws following the Supreme Court’s marriage equality decision, Obergefell v. Hodges, corporate activism supporting LGBT inclusion, is helping this community prevent any erosion of its recent civil rights gains.

It’s Important Minority Owned Organizations – Leap Out of The Comfort...