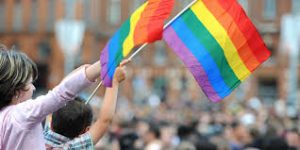 Unfortunately, there is not a simple answer to this question. However, on April 4, 2017, the Seventh Circuit Court of Appeals issued a ruling in Hively v. Ivy Tech Comty. College of Indiana, which expands the civil rights of LGBTQ workers.  Although, the court’s holding is binding authority only in Illinois, Indiana, and Wisconsin, according to the Human Rights Campaign, at least 225 cities and counties have ordinances which prohibit LGBTQ employment discrimination.  Nevertheless, as the Center for American Progress reports, the majority of LGBTQ people live in the 30 states that still have not passed clear and explicit, anti-discrimination statutes that include sexual orientation, gender identity, and gender expression protections.  Furthermore, many LGBTQ advocates assert that the Trump Administration’s Presidential Executive Order on the Revocation of Federal Contracting Executive Orders signed on March 27, 2017 weakens the Obama Administration’s LGBTQ employment protections. It revokes the requirement that federal contractors must prove they have complied with federal laws banning discrimination on the basis of sexual identity or orientation.

The Seventh Circuit’s ruling expands the civil rights of LGBTQ workers because it not only overturned the explicit legal precedent that Title VII of the Civil Rights Act of 1964 does not prohibit sexual orientation discrimination, but it also potentially sets the stage for the Supreme Court of the United States (SCOTUS), whose most recent rulings have supported LGBTQ rights (e.g. Obergefell v. Hodges and United States v. Windsor), to weigh in on this issue.  In Hiveley, the court reversed the district court’s judgment, which dismissed Kimberly Hively’s suit, and remanded the case for further proceedings.  Therefore, Ivy Tech Community College can try the case again or petition SCOTUS for review.  If the college petitions for review, because the Seventh Circuit’s holding – that discrimination on the basis of sexual orientation is a form of sex discrimination covered by Title VII – is contrary to legal precedent in at least one other Circuit Court of Appeal.  Additionally, even if SCOTUS is not asked or does not choose to review this matter, the Seventh Circuit’s opinion could prove helpful in other ways.  A review of the sexual orientation discrimination case law reveals that many judges seriously question the current legal rationale for denying sexual orientation claims but feel bound by legal precedent. Consequently, this ruling could also be used by other Circuit Courts of Appeal as persuasive authority to help justify overturning the binding legal precedents in their jurisdictions.

To summarize, the answer to the question, “Are LGBTQ workers legally protected from discrimination?”, the standard attorney response is “It depends.”  More specifically, it depends on the U.S. jurisdiction.  Currently, in Illinois, Indiana, and Wisconsin, there is legal precedent stating that sexual orientation is sex discrimination, which is prohibited under Title VII of the Civil Rights Act of 1964.   Outside of these states, protections are available in certain cities and counties via local ordinances.  However, sadly, there are places in the United States where an LGBTQ employee can be discriminated against specifically because of his or her sexual orientation, and established precedent in those jurisdictions would offer him or her no clear and explicit legal protections.

Because of the unsettled state of the law in this area, the best diversity and inclusion and legal risk management practices for employers, especially ones that operate in multiple jurisdictions, are to establish and enforce policies which prohibit discrimination against LGBTQ employees.  More broadly, the key employment law takeaway is that employers should support broadly construed, anti-discrimination policies.  In an employment setting, some distinctions must be made.  However, if the differentiation involves issues that are not directly relevant to the performance of employees’ job duties, they can often have negative diversity and inclusion, general management, and legal consequences.

Be A Diversity Ally